Manager Tony Pennock shares his thoughts after the 2-1 defeat to Aberystwyth Town at Park Avenue on Friday. 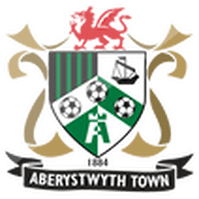 Manager Tony Pennock bemoaned Haverfordwest County’s lack of quality in both boxes as the Bluebirds went down to a 2-1 defeat to Aberystwyth Town at Park Avenue on Friday night.

The Seasiders capitalised on a defensive error to take the lead through Harry Arnison, before John Owen’s header just crept over the goal line to make it 2-0 in the early stages of the second half.

Jordan Davies pulled a goal back for County to give the Bluebirds hope in the final half-hour, but they were unable to find the net for a second time and headed home from Ceredigion empty-handed.

Speaking to Sgorio after the match, Pennock said: “I have to take the blame myself really. I put a 16-year-old [Harri John] on with 30 minutes to go, and he was the best player in our team.

Asked if the defeat to Trethomas Bluebirds in the JD Welsh Cup on the Saturday prior had affected confidence in the build-up, the manager responded by saying: “The league is our bread and butter, and if you don’t take your chances you don’t win games of football, and I’m fed up of saying the same thing week in, week out. That’s all I’ve said all season.

Pennock refused to attribute the Bluebirds’ shortcomings in front of goal to chance, as he maintained that improvements must be made in an attacking sense.

“It’s an uphill battle for us then, even with Johnny [Evans] getting sent off late on, in fairness I thought Aberystwyth defended really well. Any ball that came into the box, they seemed to win it, in both boxes. When balls dropped, they cleared them, and like I said it was only when Harri John came on that we had a spell of possession and looked a threat.”

Things don’t get any easier for the Bluebirds, with two of Wales’ top teams visiting the Ogi Bridge Meadow in the next fortnight. However, Pennock made clear that he won’t be shying away from the challenge.

“We’ve got Bala Town and The New Saints in our next two games, and I’m certainly up for the battle, I just hope there’s another group of people who want to join me in that battle.”

Tickets for the game against Bala Town can be purchased from our ticketing partners, ticketpass, by clicking here.