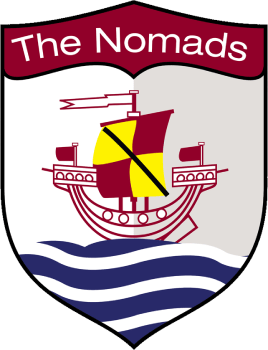 Manager Tony Pennock praised the fight that his team showed in difficult circumstances as Haverfordwest County went down to a narrow 1-0 defeat to Connah’s Quay Nomads at Deeside Stadium in the JD Cymru Premier yesterday.

The Bluebirds battled hard throughout the 90 minutes against an abrasive Nomads side, with Harry Franklin’s goal 11 minutes into the second half proving to be the difference between the sides.

County went close through striker Ivan Watkins, who made his first start in the JD Cymru Premier, and substitute Kyle Patten, whose header was tipped over the crossbar late on.

No doubt it’ll be frustrating not to have taken anything from a close game which saw very few chances?

“I thought the boys were really good today. They applied themselves well in tough conditions against a tough team and, unfortunately, one lapse of concentration from a set-piece cost us at least a point.

“But I can’t really fault the boys. They’ve dug in, they’ve had a tough day today and I feel for them that they didn’t get something out of it.”

Deeside Stadium is always a tough place to come, and it was always likely that the one goal was going to be enough to win it for either side today?

“Their goalkeeper made a couple of good saves. That was the difference really. Zac [Jones] didn’t really get tested today, and he’s dealt with balls coming into the box and he’s punched and caught the ball well. But that’s just something we talked about in the dressing room, from their set-piece their lad has had a touch before he finishes. Balls are dropping in the box and we’re not quite landing on them ourselves. It’s something we need to be better at.

“I know in the past we’ve come here and had tough days, and had a couple of poor results, but today I thought the boys were really good. Considering we had seven players missing as well, I think the youngsters who played again had another valuable lesson, and hopefully that will only make them better.”

That’s the real positive from today, isn’t it? The youngsters coming in and gaining more experience?

“It is. It’s tough for the youngsters at the minute, they need some help with other players coming back fit, but listen, if they’re good enough they’ll play. And a few of them have played again today, they’ve done well, and it was also nice for Elliott [Dugan] and Kyle Patten to get some time on the pitch as well, and we need more of the boys coming back and being part of the matchday squad. That’s down to us as a club to get better at, and that’s our aim.”

Nice to see Elliott Dugan coming in today for his debut off the bench, that was another positive for us and hopefully he will offer us something different going forward?

“I said from the start that we need an out and out number nine. We’ve got good forward players, but a number nine who can give the centre-halves a tough time as well [was required], as they give us. He did that when he came on, and he’s only going to get fitter. We need him to get him fitter to have more time on the pitch.

“It’s another area on the pitch where we need more help. Ben [Fawcett] and Jordan [Davies], as well as Jack [Wilson] have been working really hard for us, and it’s nice that we now have somebody else to share the workload with them.”