Focus shifts to Welsh Cup as Bluebirds take on Bluebirds

We look ahead to Saturday's game against Trethomas Bluebirds in the JD Welsh Cup. 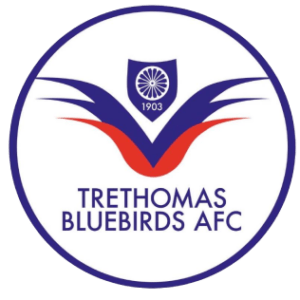 Haverfordwest County travel to Caerphilly tomorrow to take on Trethomas Bluebirds in the second round of the JD Welsh Cup (Kick-off: 5.45pm).

The Pembrokeshire Bluebirds will be looking to get back on the winning trail following the narrow 1-0 defeat to Connah’s Quay Nomads last weekend, while Trethomas were victorious against Marshfield in the FAW Amateur Trophy, running out 5-0 winners.

Tomorrow’s opponents have been in good form of late, winning five of their last six matches in all competitions. Their performances in the Ardal South East have been mixed so far this season, as they currently sit 11th having won two, drawn one and lost three of their six games to date.

To reach this stage of the competition, Mark Dunford’s side had to overcome Wattsville, who they beat 2-0 away from home, and Ton Pentre, who they eased to a 6-0 victory against three weeks ago.

There will be a familiar feeling for two of the opposition players tomorrow, with former Haverfordwest County players Adam Raymond and Bobby Briers now part of the setup at Trethomas Bluebirds.

Trethomas Bluebirds – At a glance

If you’re not able to make it to the CCB Centre for Sporting Excellence for the game, you can still keep up with the action by following live, play-by-play updates on our Twitter page.

Chirk AAA vs. The New Saints