Bluebirds end losing run with draw at home to Silkmen 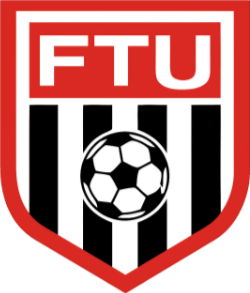 Haverfordwest County had to settle for a share of the spoils from a 1-1 draw with Flint Town United yesterday, which ended the Bluebirds’ run of four consecutive defeats.

The Bluebirds had more of the play throughout the game, but struggled to create clear-cut opportunities after the break as the match ended honours even.

Manager Tony Pennock made three changes to the side from Tuesday’s game against Taff’s Well, with Zac Jones, Jazz Richards and Rhys Abbruzzese coming in for Lee Idzi, Iori Humphreys and Ryan George. There was a first league start for 16-year-old Harri John, while midfielder Corey Shephard made a welcome return to the squad for the first time since April.

The hosts made a positive start to the game, which much of the action taking place inside the Silkmen’s half. Jordan Davies saw his shot go wide after Jayden Major was off target with the first effort of the afternoon.

Having knocked on the door in the opening 20 minutes, the Bluebirds went ahead when captain Rees reacted fastest to leap off the ground and direct the ball into the right corner with his acrobatic effort to make it 1-0.

Pennock’s side were very much on the front foot at this point, and they created a couple more chances when Jordan Davies’ cross picked out Ben Fawcett, who headed wide, before Abbruzzese’s well struck shot was saved at the near post by Harry Allen.

County appeared to be in control with half-time approaching, but the visitors were able to draw themselves level just two minutes before the interval when Beaumont headed in at the far post from a corner.

Abbruzzese was heavily involved for the Bluebirds with another high energy display, and the wing-back almost set up Jamie Veale who saw his shot saved by Allen, before his snapshot from distance was just wide of the left post.

Chances were harder to come by for the Pembrokeshire outfit in the final half hour, with their best opportunity arriving when Jack Wilson’s squared pass took a deflection off a Flint player before rolling just wide of the right post.

County were boosted by the return of Shephard, who was introduced from the bench for the final 15 minutes, as the game drew to a conclusion with neither side able to score a late winning goal.

The Bluebirds are back in action on Tuesday night, when we host Cardiff Metropolitan at the Ogi Bridge Meadow. Kick-off is at 7.45pm, and you can purchase tickets beforehand from our Official Ticket Partner, Ticketpass. A percentage of every sale will be donated to our Official Charity Partner, the Justin Edinburgh 3 Foundation. 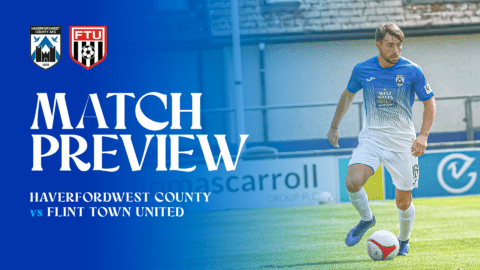