Haverfordwest County began life under manager Tony Pennock in fine fashion with a 4-2 victory over Barry Town United in the Nathaniel MG Cup second round on Friday night. 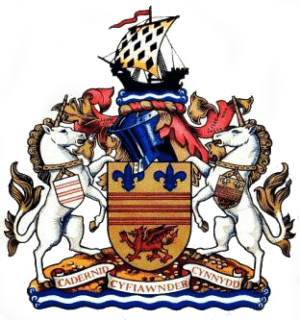 A brace from Jack Wilson, along with goals from debutants Lee Jenkins and Rhys Abbruzzese helped see the Bluebirds safely through to the third round.

Josh Graham and Mo Djalo found the net for the Dragons, who reached the semi-final of the competition last season, but it wasn’t enough as County’s extra firepower made the difference.

In front of a crowd of 337 at the Ogi Bridge Meadow, the Bluebirds nearly took an early lead when Wilson got a volley away from inside the area which was pushed away by Cameron Clarke.

The majority of the chances fell the hosts’ way in the first-half, with Jordan Davies trying his luck from distance after Clarke had come off his line and given possession away, before Ryan George’s solo run to the edge of the area ended with the wing-back shooting over the bar.

Jenkins then went close when he rose highest to meet Wilson’s long throw into the area, with his header going narrowly wide of the right post.

It was very nearly 1-0 on the half hour mark when George’s cross into the area picked out Jordan Davies, who directed his header goalwards but saw the ball cleared off the line.

However, just three minutes later, it was 1-0 when the ball was worked out to George on the right side, and his cross picked out the towering Jenkins who powered his header into the left corner to mark his first competitive County appearance with a goal.

Almost immediately after the restart though, the Dragons found an equaliser as a through ball played Graham in, and the forward slid the ball past Lewis Brass for an instant response.

Wilson shot over the bar as Haverfordwest County looked to restore their lead before the break, and while he was off target on this occasion, seven minutes after the restart his header from debutant Jamie Veale’s corner flew into the net to make it 2-1.

And less than five minutes later, the youngster almost doubled the Bluebirds’ advantage when a long ball upfield from Dylan Rees played him in, and an excellent first touch gave the forward a chance to get a chipped effort away which rolled just wide to deny what would have been a spectacular goal.

With the hour mark approaching, George sliced an effort wide of the right post, but just a minute later Abbruzzese was on hand to tap in from point-blank range from Jordan Davies’ pass to join Jenkins in netting on his debut with a goal against his former club.

Pennock’s men were full of confidence at this stage, and they were able to make it tell when Abbruzzese turned provider to set Wilson up to score his second goal of the night with a neat finish from close range to extend the advantage to 4-1.

Gavin Chesterfield’s side pulled a goal back with just over 10 minutes remaining when they were awarded a penalty after Brass was adjudged to have fouled substitute Djalo inside the area, and the forward converted from the spot to make it 4-2.

With the Bluebirds in a comfortable position in the closing stages, Pennock was able to introduce academy product Toby Davies and exciting young prospect Dan James, allowing the pair to play out the final few minutes.

With their passage through to the next round safely secured, the Bluebirds now turn their attention to the start of the new JD Cymru Premier season, which gets under way with a game against Caernarfon Town at the Ogi Bridge Meadow next Saturday, August 13 (Kick-off 14:30). 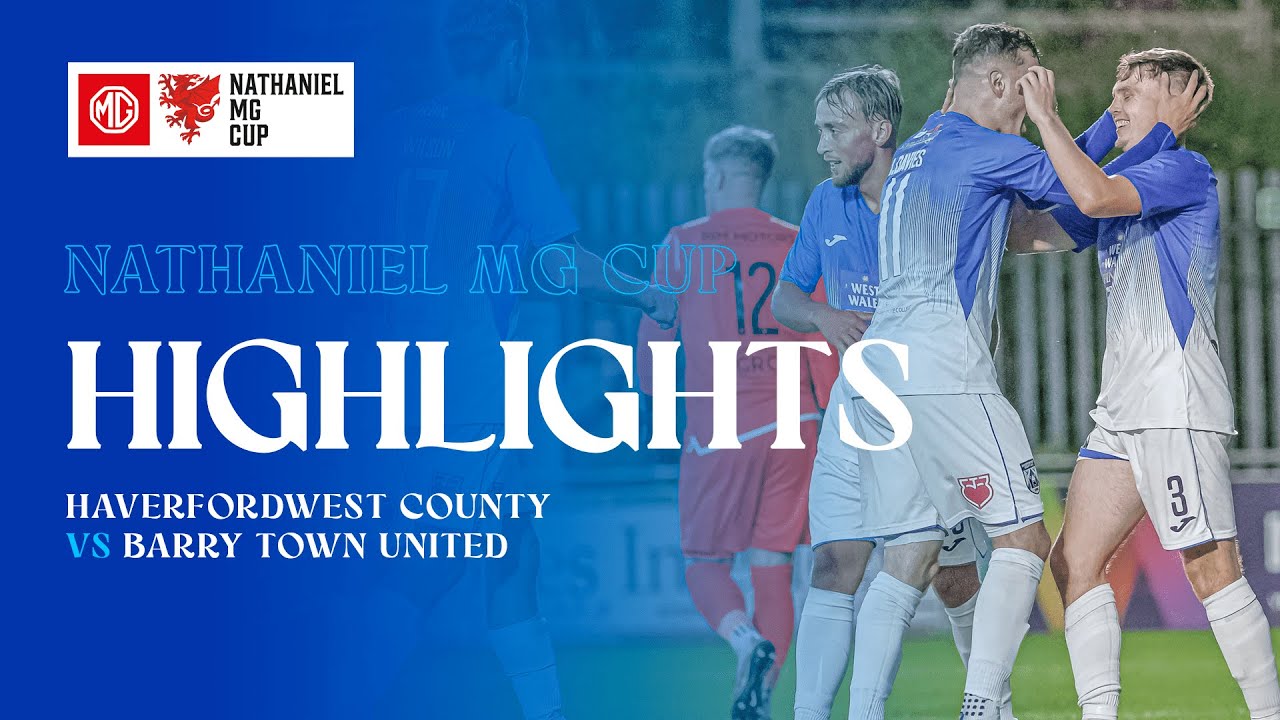 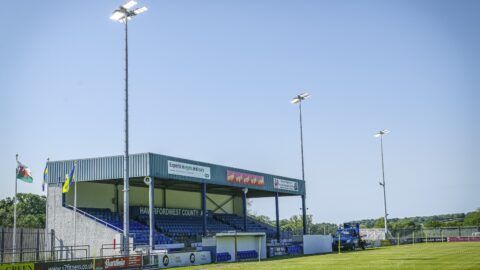 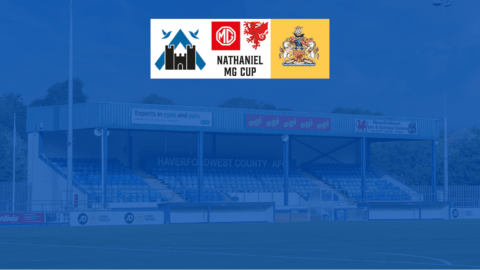