Bluebirds edged out by Bont in five-goal thriller

Our report of Haverfordwest County's 3-2 defeat to Penybont on JD Cymru Premier MD4.

Haverfordwest County tasted defeat for the first time this season, as the Bluebirds were narrowly beaten 3-2 by Penybont at the SDM Glass Stadium last night.

Ben Fawcett and Iori Humphreys – with his first senior goal for the club – got on the scoresheet for County, but it wasn’t enough as goals from Rhys Kavanagh, Keyon Reffell and Ryan Reynolds earned Bont all three points.

In an entertaining affair, which was played out in front of the live Sgorio cameras and a healthy crowd in Bridgend – which included a strong away following for the Bluebirds – both teams carved out multiple opportunities, with Rhys Griffiths’ side ultimately being more clinical on the night.

Manager Tony Pennock was forced to make two alterations to the starting 11 from Saturday’s victory against Airbus UK Broughton, with midfielders Ricky Watts and Henry Jones both ruled out through injury, as Ioan Evans and Jordan Davies came in, with the former making his first league start for the club.

The first chance of the game came after 11 minutes, when defender Billy Borge headed wide from a corner for the hosts. And then, just four minutes later, Griffiths’ side went ahead when captain Kane Owen found space down the left side before picking out Kavanagh, who found the net to continue his impressive start to the season.

After the Bluebirds had been awarded a free-kick for Borge’s cynical foul on Jordan Davies, for which he was booked, Evans stepped up and struck the ball well, but Kelland Absalom got across to push it behind.

However, just moments later, Pennock’s side were level when, from the resulting corner, the ball bounced up inside the area and Fawcett reacted quickly and showed excellent athleticism to produce an overhead kick to force the ball into the net from close range.

Bont had started the game well, and could have taken command after finding the net early on, but following Fawcett’s goal the Bluebirds grew in confidence and had some good spells for the remainder of the first-half. That said, last season’s JD Welsh Cup runners-up could have retaken the lead just before half-time when Kai Whitmore broke free inside the area, but his shot was saved by Zac Jones at the near post.

With the game finely poised as the second-half got under way, the Bluebirds came close to going ahead for the first time when Ryan George found space to cross into the area from the right side, and Jack Wilson leapt to head on goal, but Absalom was on hand to produce a diving save.

And just a minute later, Bont restored their advantage as Nathan Wood’s shot from inside the area deflected off Jones on to the left post, and then ricocheted off Reffell and into the net to make it 2-1.

Despite this setback, Pennock’s men were still very much in the contest and, on the hour mark, had a great chance to equalise when Rhys Abbruzzese’s pinpoint ball into the area picked out the unmarked Wilson, but his header went just wide of the right post.

The Bluebirds were made to pay with just under 20 minutes remaining as, in unfortunate circumstances, Reynolds’ cross took a deflection off Abbruzzese and looped over Jones and in to the net to make it 3-1 and leave County with a mountain to climb.

Haverfordwest County did manage to have the final say, however, as substitute Humphreys turned the ball home from inside the area for his maiden goal for the club to cap off a proud night for the Academy, with the bench consisting of four more youth products, including Callum Shirt, who appeared in the senior squad for the first time.

The Bluebirds are next in action on Saturday (September 3), when we host Newtown at the Ogi Bridge Meadow. Kick-off is at 2.30pm.

Tickets for the game can be purchased from ticketpass.org, with proceeds from every sale going to our Official Charity Partner, The Justin Edinburgh 3 Foundation. 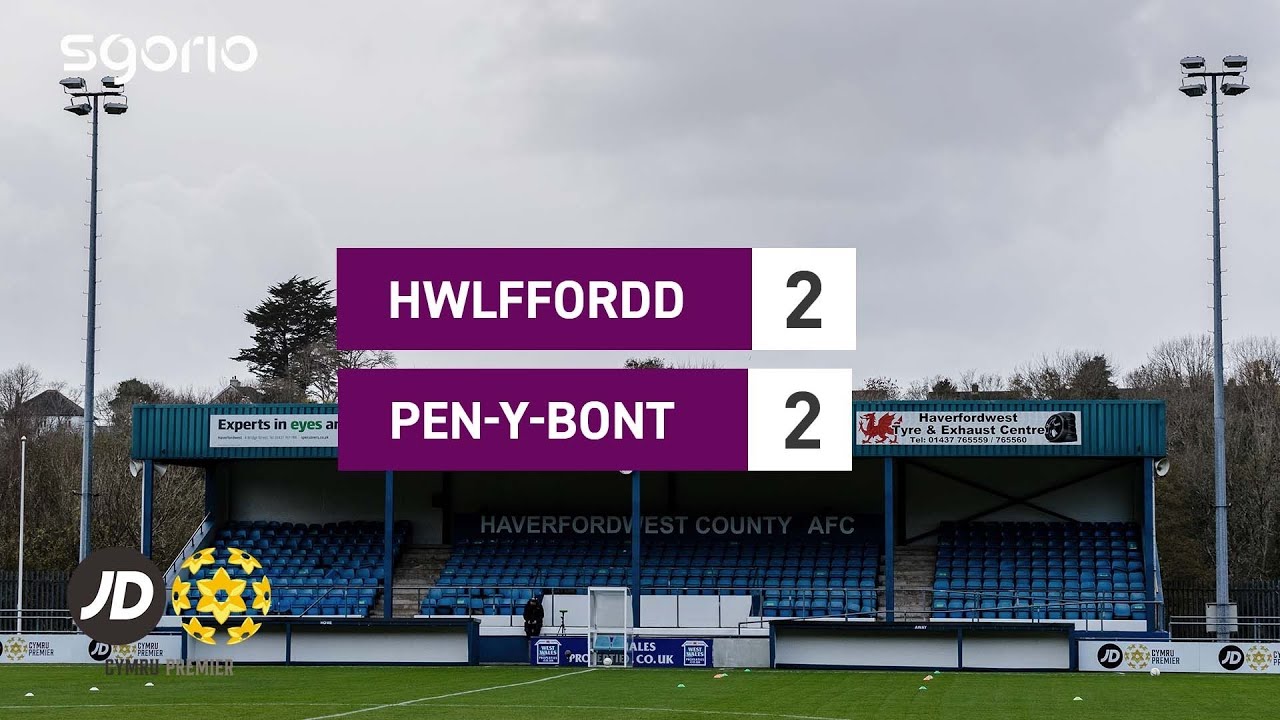 Last time out: Our previous meeting with Penybont
Match Previews5 months ago