Haverfordwest County's on-field pre-season preparations drew to a close with a 5-2 defeat to Swansea City under-23s at the Ogi Bridge Meadow yesterday. 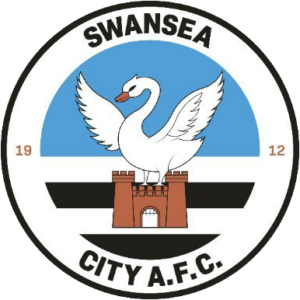 In an entertaining affair which saw both sides display a willingness to play an attractive style of football, the visitors’ clinical touch was key to deciding the final outcome.

Captain Dylan Rees and winger Jack Wilson found the net for the Bluebirds, who were playing in front of their home supporters for the first time since April.

Swansea went close to taking the lead after eight minutes when a shot came back off the left post and and into the path of an onrushing Swans player, who was unable to react in time to direct his shot goalwards.

They did find the net two minutes later though, when a cross from inside the area was headed in from point-blank range to make it 1-0.

County had a chance to make a swift response when they won possession back high up the pitch to give Ben Fawcett the chance to sprint through on goal, but Swansea were able to recover and make a vital challenge to dispossess the striker.

Tony Pennock’s men were made to rue this missed opportunity when the Swans struck twice in space of two minutes to extend their lead to three. Firstly, a shot from inside the area found the bottom left corner, before a well-worked move ended with the ball being tapped in at the back post.

The Bluebirds weren’t feeling sorry for themselves though, as Wilson saw his effort from the edge of the area roll just wide of the left post. And not long after, the deficit was reduced to two when Rees rose highest to head in at the near post from Jamie Veale’s corner to make it 1-3.

Just two minutes after pulling a goal back, however, County conceded again when Swansea worked the ball into the area to provide space for a shot which beat Lewis Brass at the near post, giving the visitors a 4-1 interval lead.

After making a bright start to the second-half, Pennock’s side got their reward after a break upfield saw Wilson advance on goal, before showing good composure to direct his shot into the left corner.

Shortly before the hour mark, Jazz Richards was introduced from the bench for the first time in pre-season, allowing him to get 30 minutes under his belt with the new season just around the corner.

With the final 10 minutes approaching, Fawcett had a chance to get his name on the scoresheet when Ryan George’s cross into the area picked him out, but the forward’s flicked effort was saved at the near post.

Swansea had displayed a ruthless streak in front of goal throughout the afternoon, and they found the net for a fifth time with 10 minutes to go to round off the scoring.

With our pre-season campaign now in the books, our attentions turn to Friday (August 5) when we host Barry Town United in the second round of the Nathaniel MG Cup – a game which will mark the beginning of our 2022-23 season.

Kick-off is at 7.45pm, and tickets – which can be purchased from our online shop – are priced at £5 for adults and £3 for concessions, with under-16s free.

Win a brand new pair of trainers from our partners Numeriś!
Club News1 day ago

Floodlights available for purchase from Haverfordwest County
Commercial2 days ago