Haverfordwest County slipped to a 3-2 defeat at the hands of Cardiff Metropolitan at Cyncoed Campus yesterday, a result which brought an end to the Bluebirds’ six-match unbeaten run in the JD Cymru Premier.

Harry Owen’s goal at the end of the first-half gave the Archers an interval lead, before substitute Danny Williams levelled the game with 20 minutes to play.

However, goals from Eliot Evans and Lewis Rees gave the hosts a two-goal cushion in the closing stages. Alaric Jones’ late strike provided some hope, but it wasn’t enough as County left empty-handed.

The result, which is manager Nicky Hayen’s first defeat since taking charge in January, sees the Bluebirds drop down a place to eighth (second in the Play-Off Conference) with five games remaining.

Hayen made three changes to the team that drew 0-0 with Connah’s Quay Nomads last week, with Ryan George, Ricky Watts and Jordan Davies starting in place of Kyle Patten, Kurtis Rees and Williams.

Chances were few and far between in a scrappy first-half in the capital, with neither side able to settle into any rhythm.

Jack Wilson put a dangerous ball into the area inside the opening five minutes, but the Archers defence were able to clear their lines.

With both teams offering very little threat from open play, set pieces looked to be the most likely source of opportunities in the opening 45 minutes, as Elliot Scotcher put a dangerous ball into the area which somehow evaded everyone and rolled to safety.

The hosts thought they had taken the lead when the ball was put into the net from a free-kick, but the flag went up for offside as the game remained goalless.

However, they did find the net with half-time approaching as Dylan Rees’ pass was intercepted inside the area by Owen, and the striker curled the ball into the left corner to put the Students ahead.

Hayen made three changes at half-time in an effort to turn the tide in the second-half, with Alaric Jones, Williams and the returning Kieran Lewis replacing George, Watts and Alhagi Touray Sisay.

There was certainly an improvement from County after the break, as the visitors created the first chance following the restart when Williams’ cross-cum-shot went narrowly over the crossbar.

Ben Fawcett, who was part of the Wales C team that recorded a famous 4-0 win over England C in Caernarfon on Wednesday night, went close to finding an equaliser when his shot from outside the area was saved low down by Alex Lang.

The Bluebirds were level just minutes later though. Following a quickly taken free-kick, the ball was worked down the right side and, after reaching the byline, Davies chipped a ball into the area which was met by the head of Williams to set up a grandstand finish.

The momentum appeared to be with Hayen’s side at this stage, but five minutes later they were behind again as the ball fell kindly to Eliot Evans, who powered his shot home from inside the area to make it 2-1.

Lee Idzi’s sharp reaction save denied Evans a second goal, but with the end of regular time approaching, Owen’s ball across the face of goal picked out Rees at the back post, and he tapped into an empty net to double the Archers’ advantage.

Jones did provide a glimmer of hope in injury time when he powered a shot in from close range, but Christian Edwards’ side held on to claim all three points and bring an end to County’s impressive recent run of form.

The Bluebirds don’t have long to dwell on the result, as we return to action on Tuesday night with a big game against Aberystwyth Town at the Ogi Bridge Meadow. Kick-off is at 19:45, and you can purchase tickets for the match from our online club shop (Adults £7.50 / Concessions £5.00 / Under-16s free). 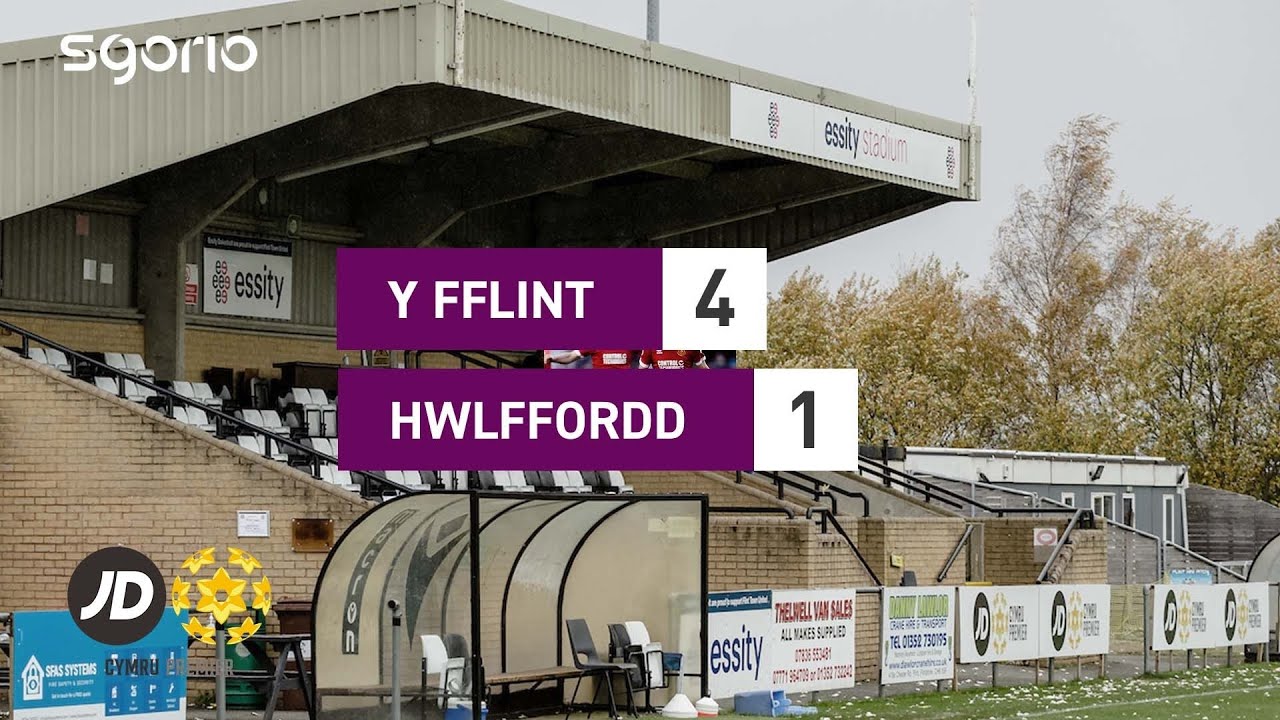